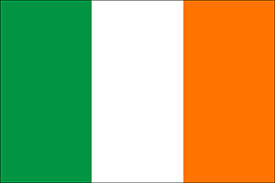 Brief History of ChildFund in Ireland

ChildFund Ireland (then known as Christian Children’s Fund of Ireland) was founded and registered in 1991. In 1996 it became independently operational, and in 2002 became a member of ChildFund Alliance. In 2012, ChildFund Ireland commenced a pilot Public Engagement Programme in its home country.

Ireland is in a radically different situation to the other countries ChildFund Ireland works in, as illustrated by the statistics on the right. Multidimensional poverty is calculated based on data on household deprivations in education, health and living standards from various household surveys.  As a high-income country, such data is not available for Ireland.  As a nation, Ireland has one of the lowest rates of under-five mortality and one of the highest levels of overall human development in the world.  Accordingly, ChildFund’s work there is of a different nature.

Public Engagement is a new and challenging development for ChildFund. Funded by Irish Aid, it will have at its core, information of direct relevance to children’s health and wellbeing and will help to bridge the gap between people living in Ireland and those in the other countries where we work.  The programme in Ireland will also incorporate public engagement initiatives developed by the ChildFund Alliance, focussing on the prevention of violence against and exploitation of children.

The first phase was delivered in selected primary schools, telling the stories of specific children that we work with in Brazil and Mozambique. For the second phase, we are telling the stories of Junedin in Ethiopia and Hemalatha in India. Differences and similarities between these children’s lives (at home, in school, at play etc.) and the lives of children in Ireland are shown and developed, using a range of different interactive materials and resources, with opportunities to learn songs, play games etc.  Further information is available on our Development Education page. In tandem with the activities in schools, greater attention and emphasis will be placed on ChildFund Ireland’s website and social media as part of our outreach programme to increase awareness among the public of development issues and our work in addressing them.